Galio group - Galio Group and Mitnija completed almost five years’ constructions in Žvėrynas Distict, Vilnius
This site uses cookies to provide you with a more responsive and personalized service. By using this site you agree to our use of cookies. Please read our Privacy Policy for more information on the cookies we use and how to delete or block them. 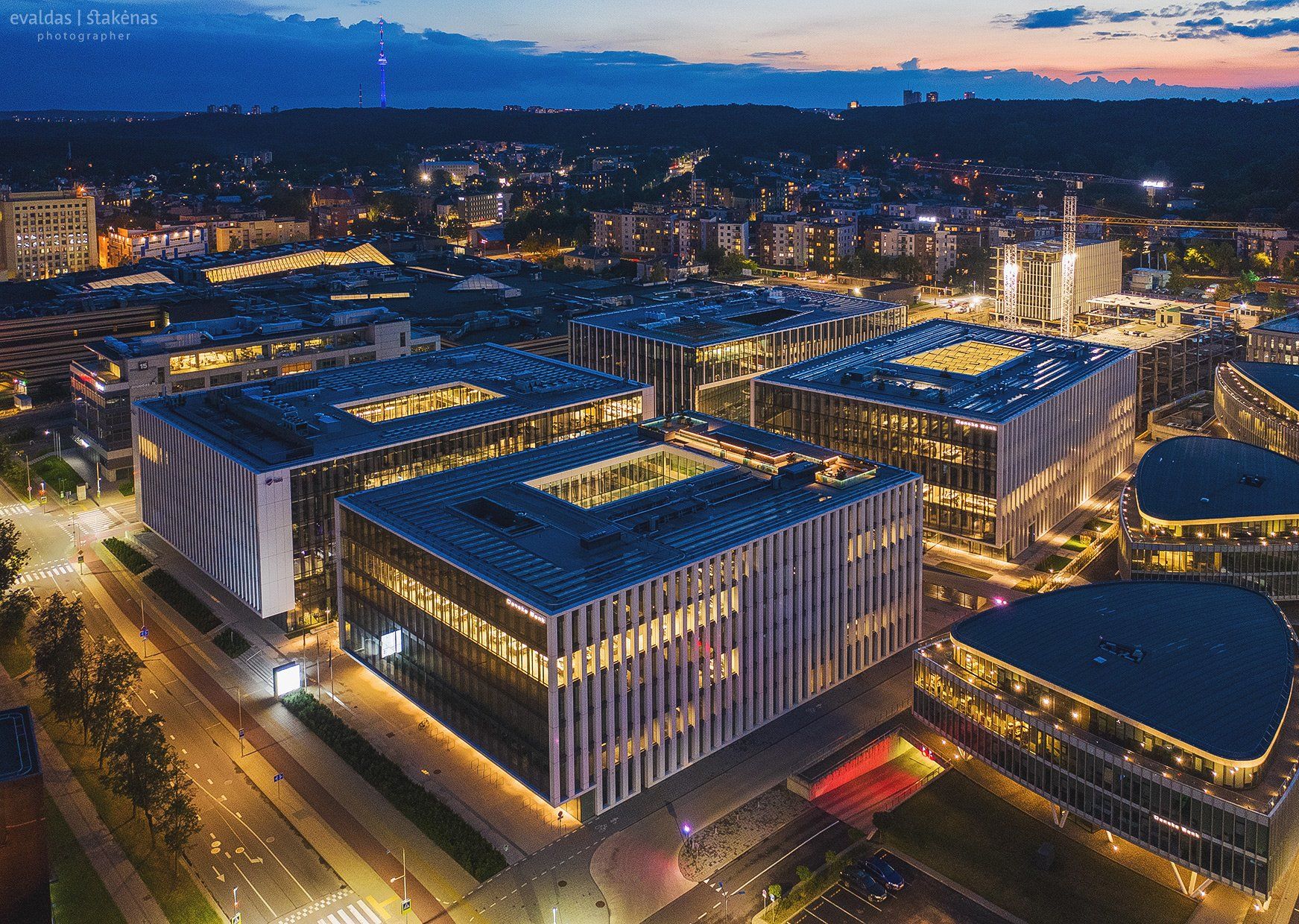 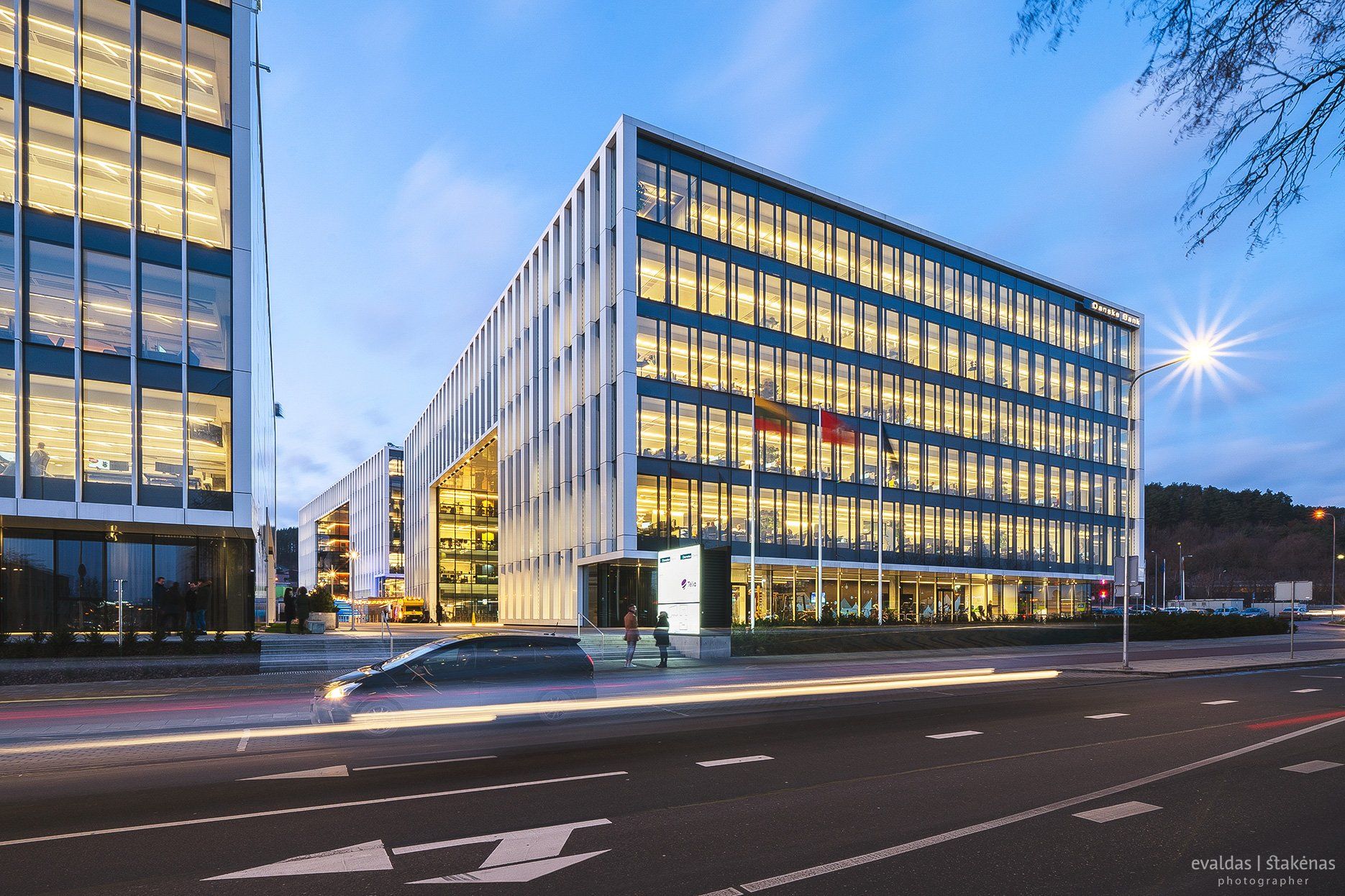 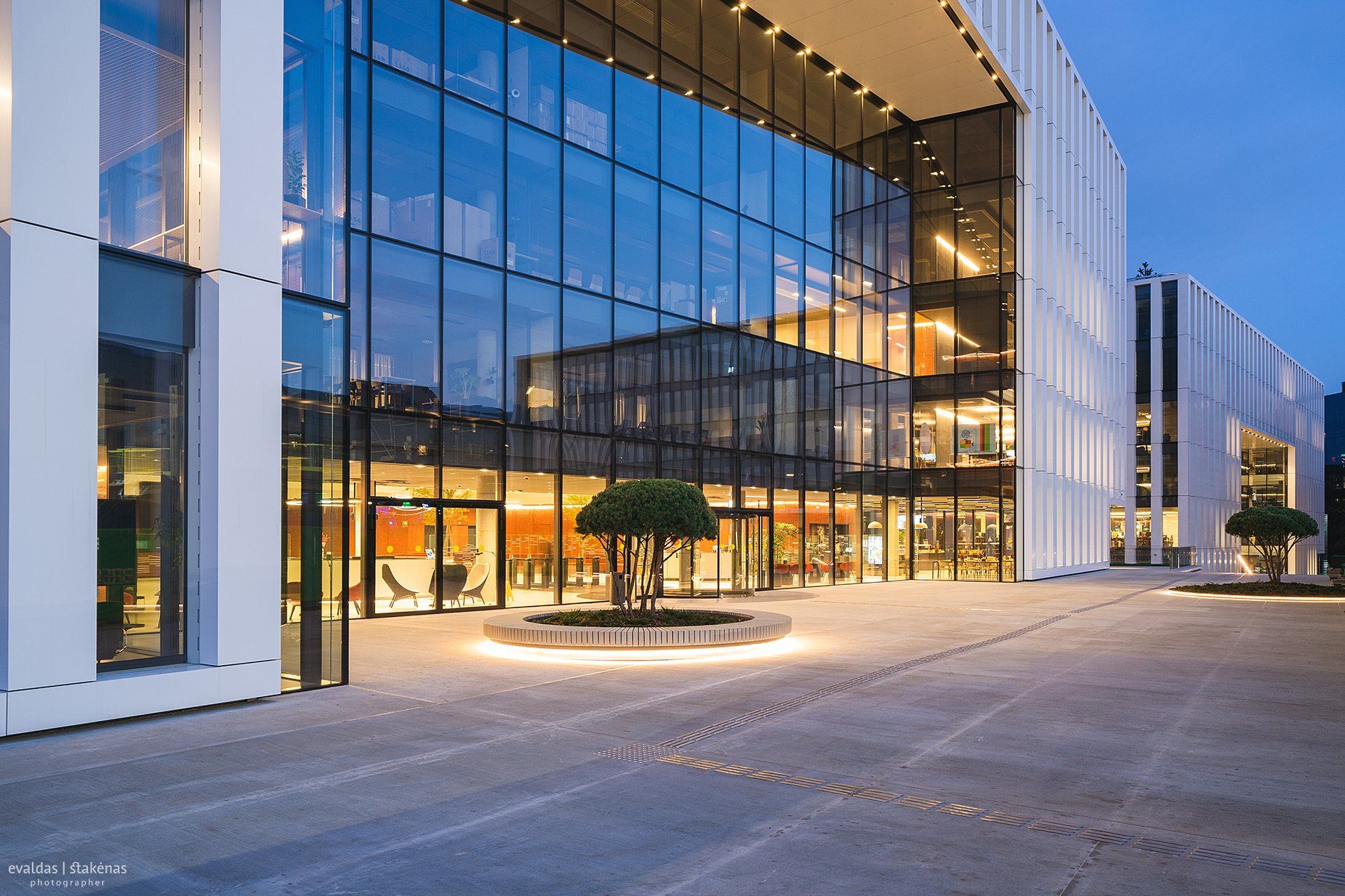 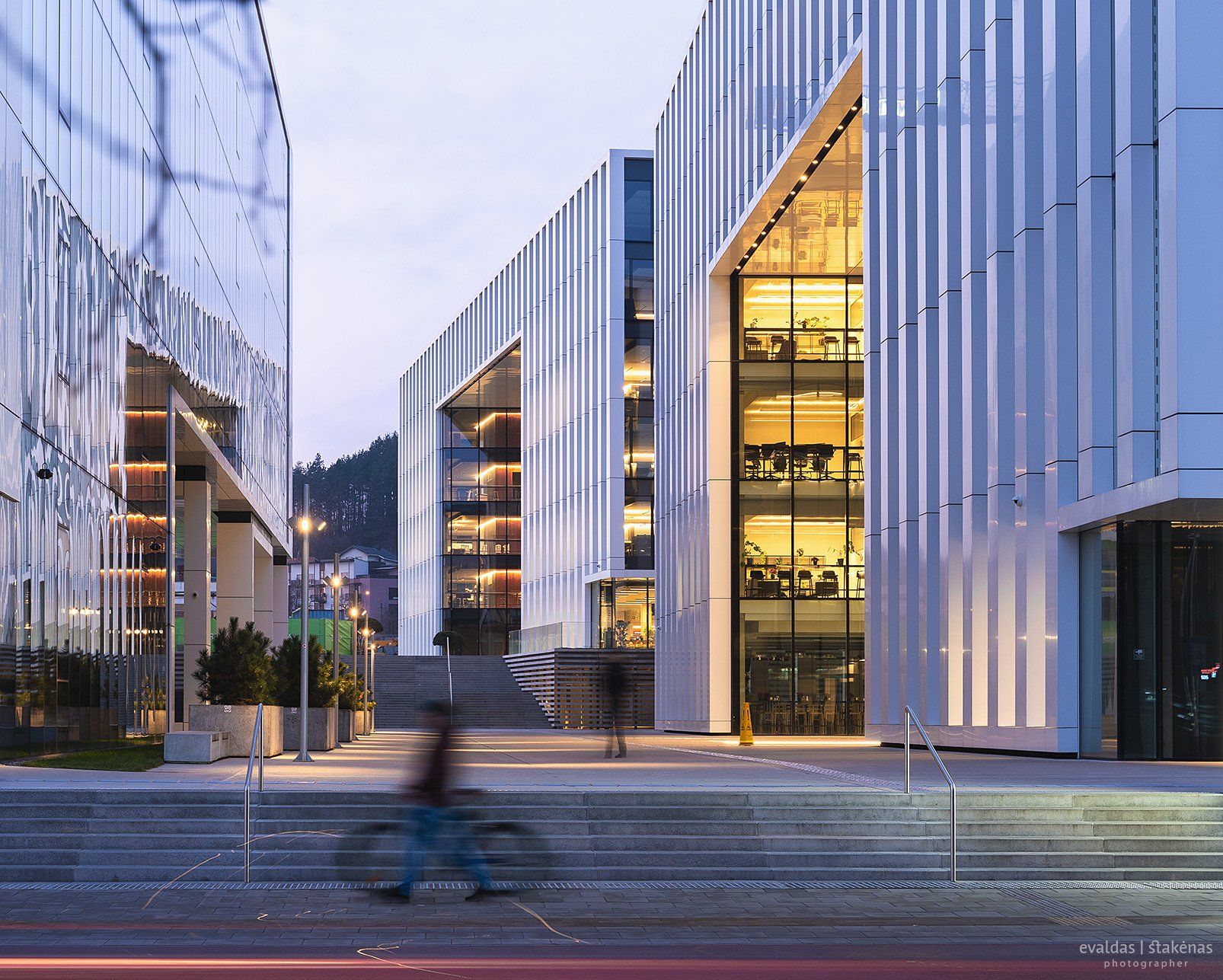 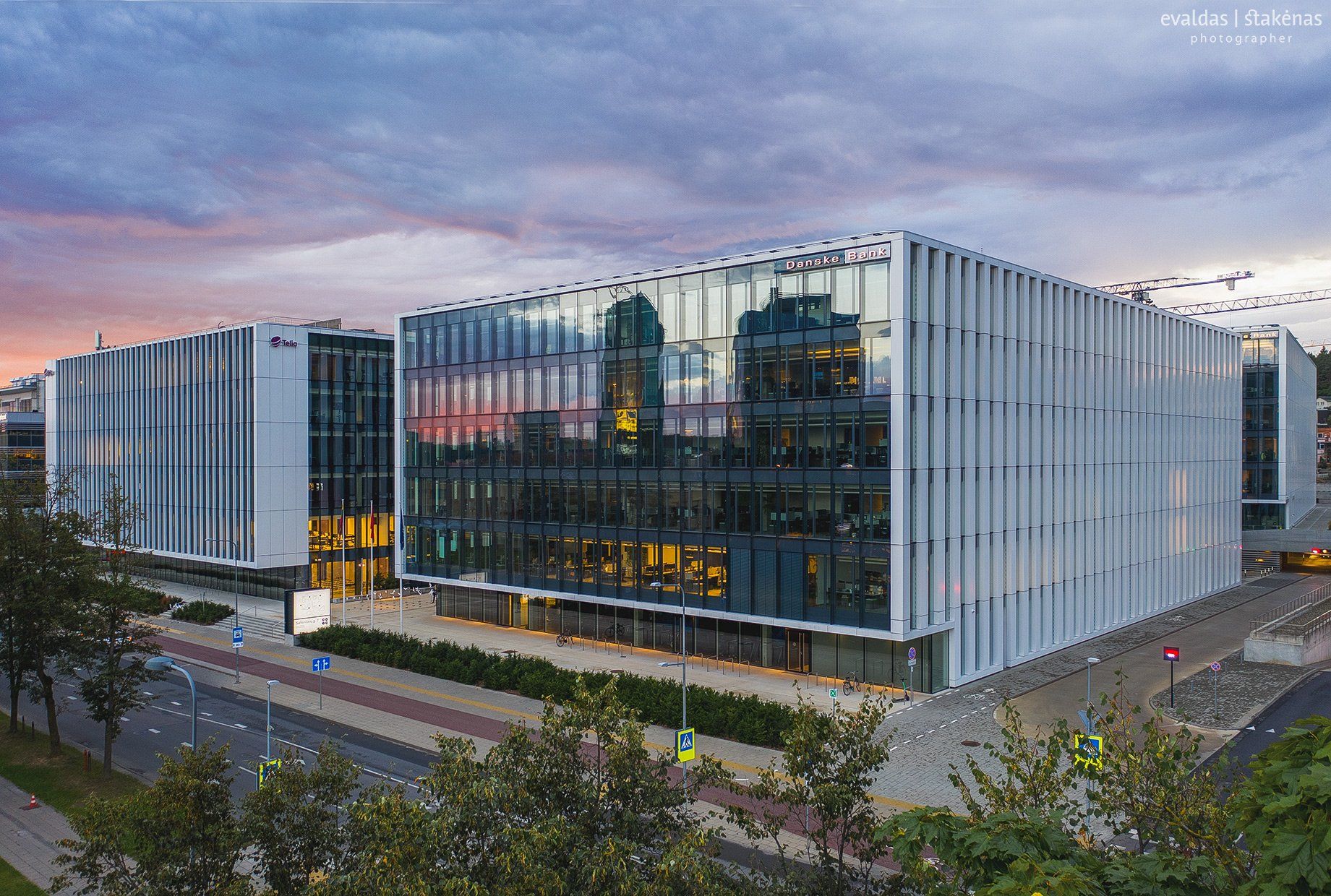 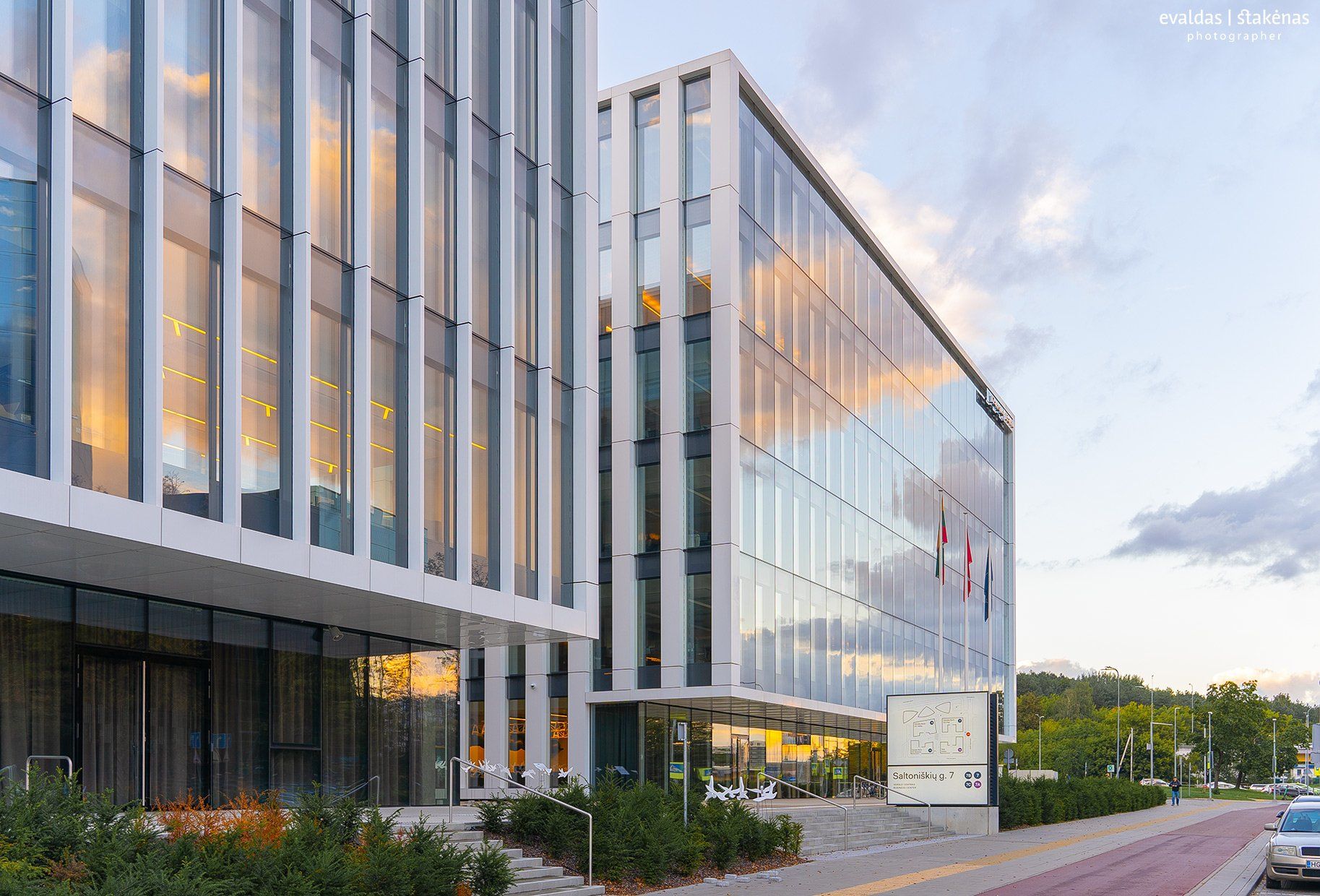 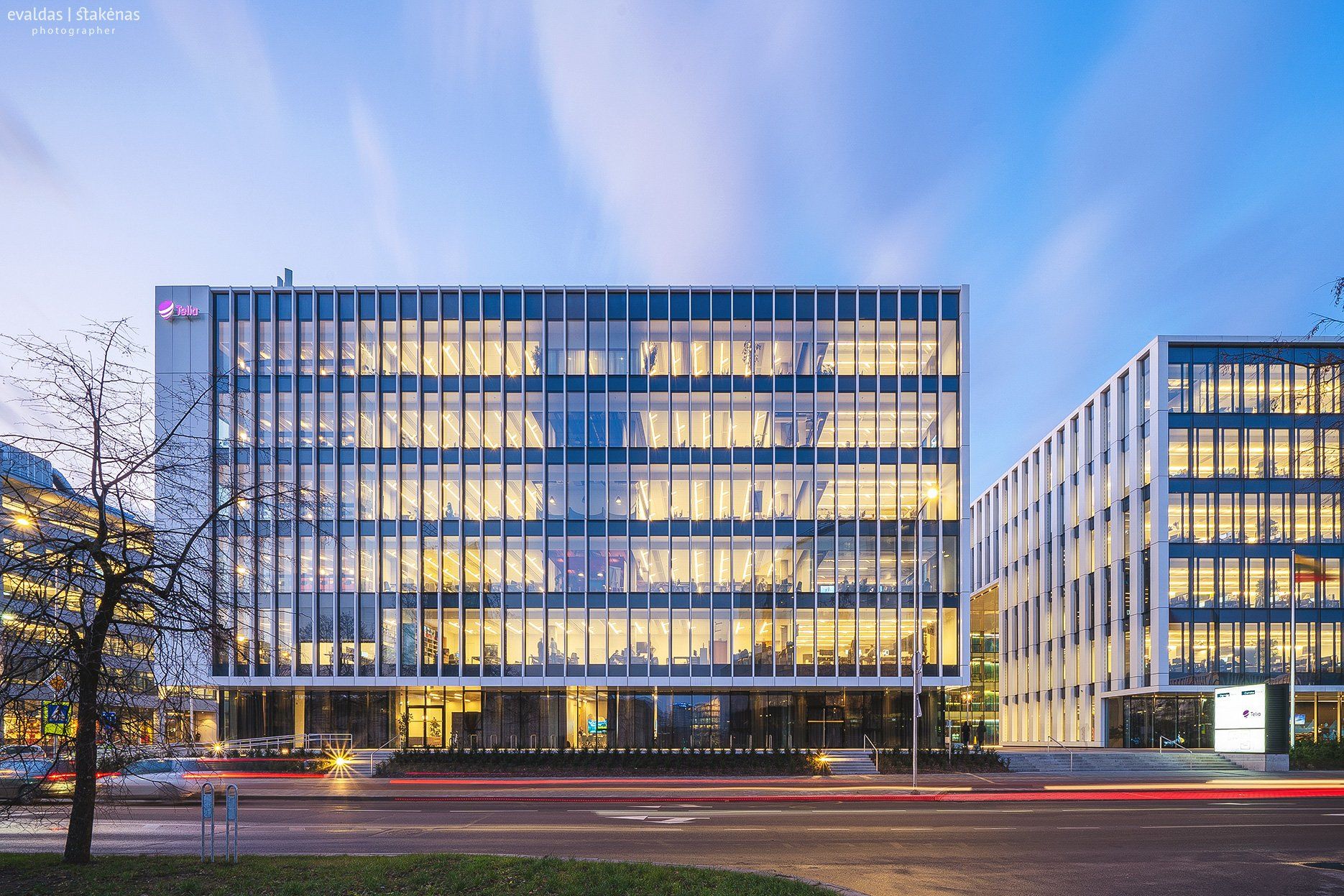 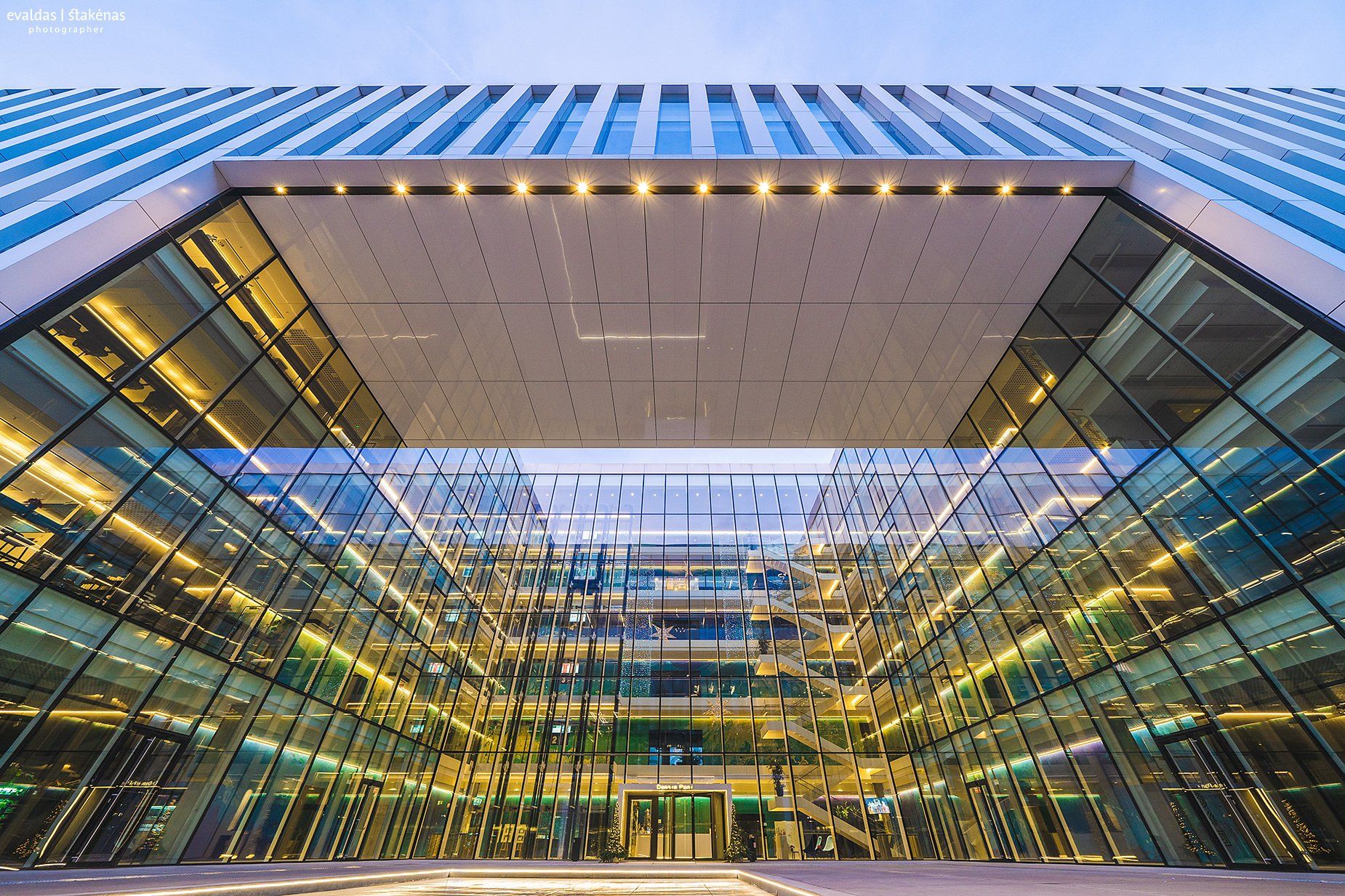 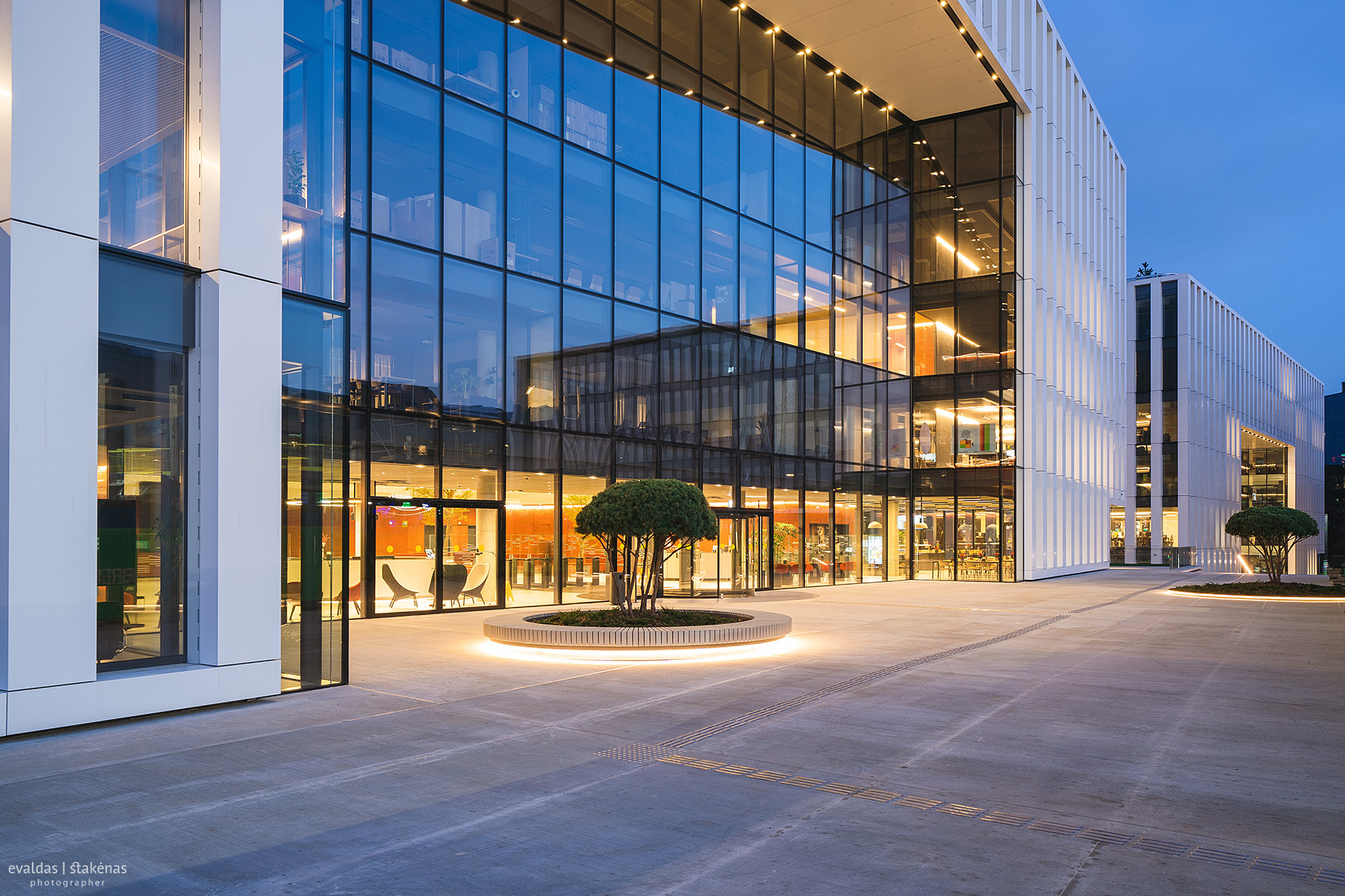 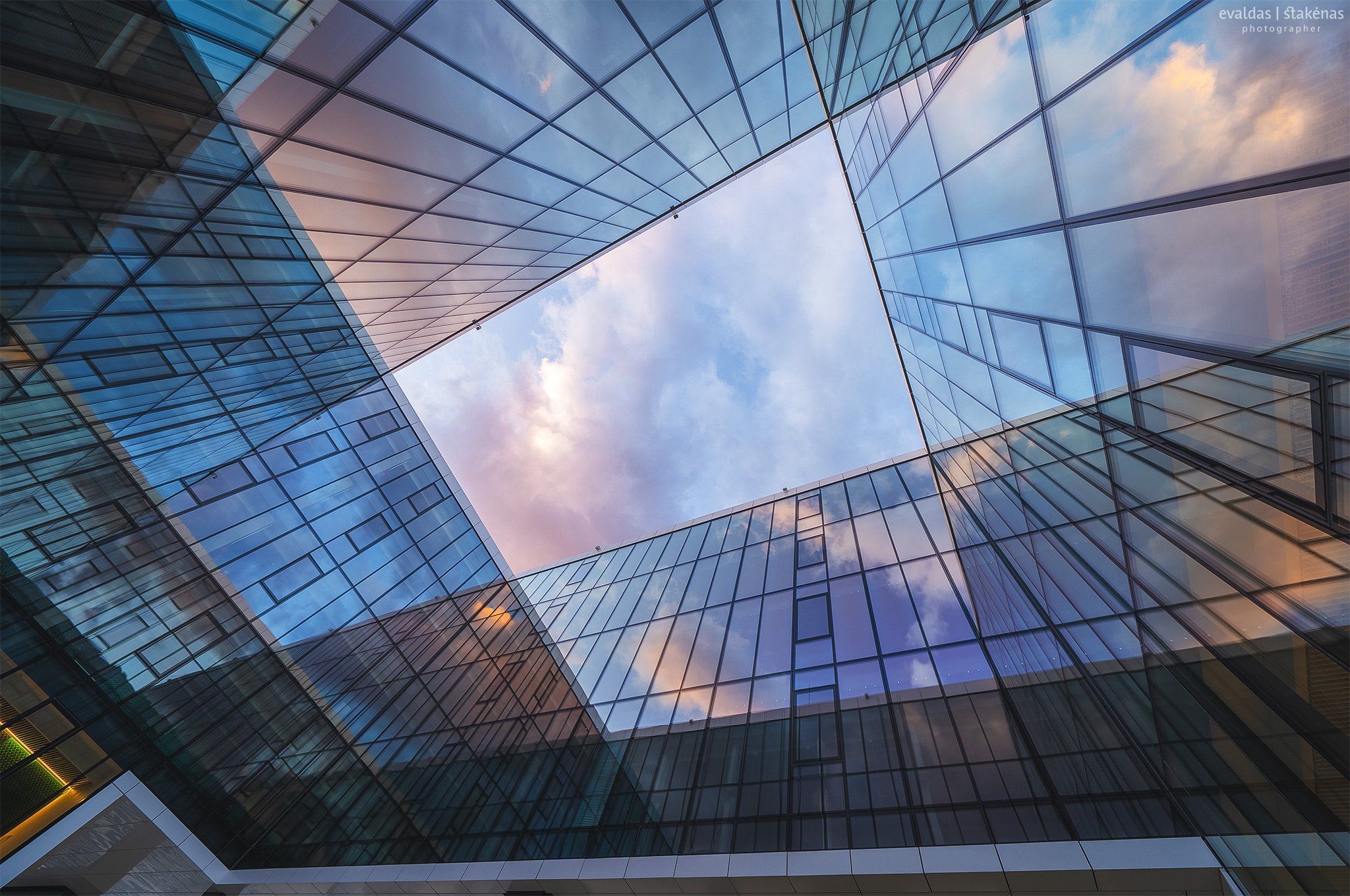 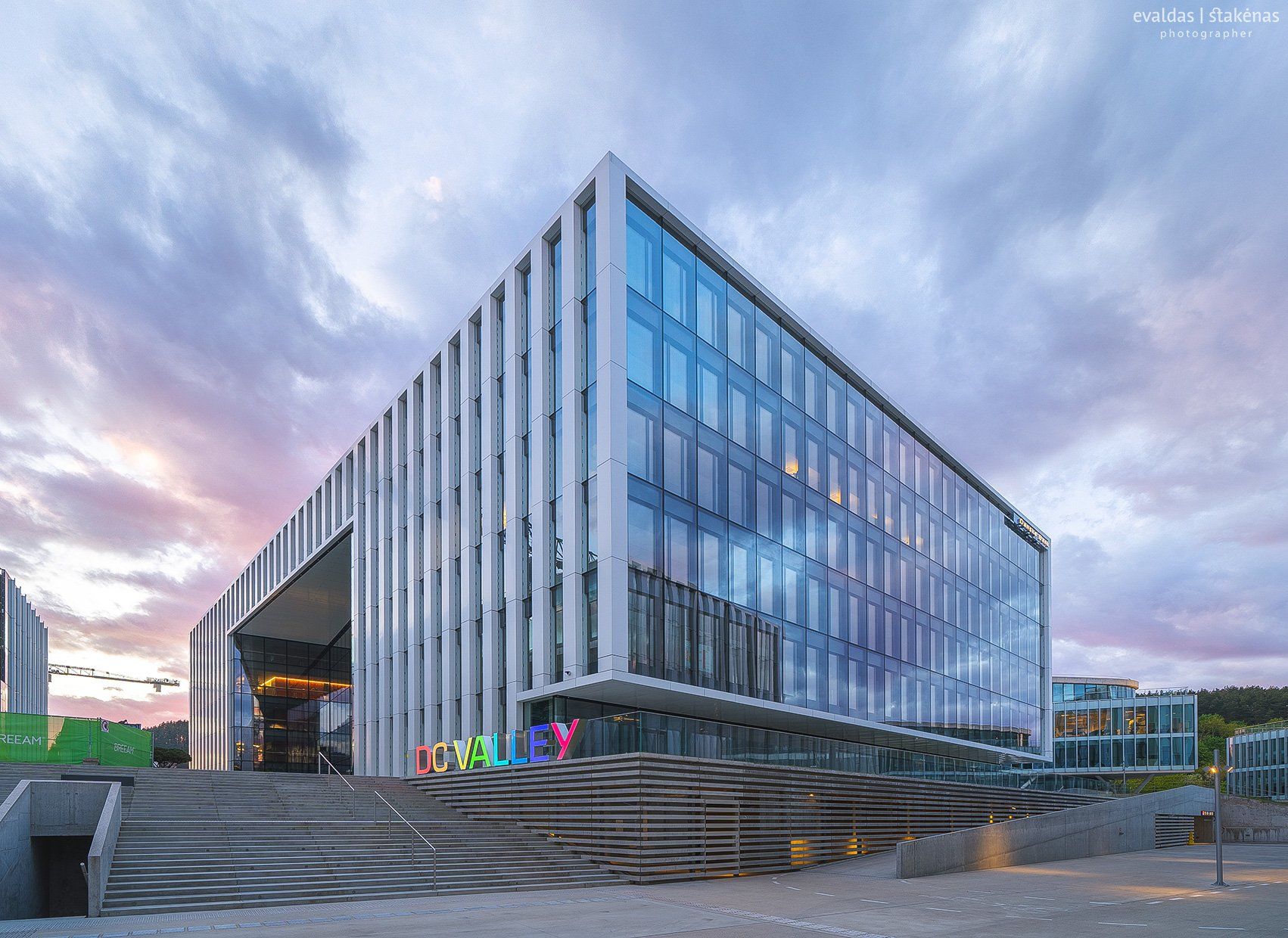 In the business park ‘S7’ developed by Galio Group, construction of the fourth business centre and also of the entire office complex, in the former industrial territory in Žvėrynas, Vilnius, which lasted almost five years, was completed. This is the largest and most advanced project implemented by Galio Group.

‘Our partners, the general construction contractor Mitnija, completed the construction 4 months earlier than the time agreed in the contract. This is an important event for all of us, because every building of this complex is multiplex, built in compliance with very high international sustainability standards and implementing solutions that have not been used in the Lithuanian market before,’ says Aurimas Martinkėnas, Director of Commercial Projects at Galio Group.

The office park ‘S7’ was launched in 2016, in the former bread factory’s territory. The project was implemented in stages, and three business centres have already become homes of Danske Bank and Telia Lietuva. Danske Bank will also be settled in the fourth building – the lease agreement of this business centre was signed already in 2019.

Nerijus Sabonis, project manager at Mitnija, says that long-term partnership, effective cooperation with the developer and love for this project were the main reasons why the construction of the project was completed earlier than the agreed time.

‘We have been working with Galio Group already for five years, since the first construction phase of ‘S7’. During this time, we became very well acquainted with our customer, their style of work, expectations and requirements. Therefore, during construction operations of the second, third and fourth stages of the project, we understood each other from half a word, and the work went smoothly and efficiently. Long-term partnership undoubtedly benefits both the customer and the developer, as it saves time and money’, says N. Sabonis. ‘In addition, despite the pandemic stress, our customer and the tenant of the building, as well as our business partners – designers, subcontractors and suppliers – demonstrated their strong motivation to finish the project on time. We all fell in love with this project, so the job went smoothly and with a smile.’

N. Sabonis also mentioned that during construction of the fourth phase of the project, there was no storage space on the plot, only one traffic lane in Pieno Street was allowed to be completely closed, so many installation works were carried out just ‘on wheels’.

‘Both during construction and when installing the premises of Danske Bank, the greatest challenge was to plan all construction processes, supply logistics, and accurately and professionally manage the work of more than 80 subcontractors and suppliers. I’m proud we did it brilliantly,’ says N. Sabonis.

The total area of the office park designed by the companies Arrow, Archinova and Eventus Pro is about 104,000 sq m. Investments in the project reached more than 100 million euros. All four business centres in the office park ‘S7’ were designed and built in accordance with the international standard of sustainable buildings BREEAM, with the aim of obtaining BREEAM New Construction Excellent certificate, one of the highest ratings on the BREEAM scale received by ‘S7’ project first in Lithuania.

‘The project will be finalised when we furnish and hand over the fourth business centre of the complex to the tenant. However, the most difficult stage is already over – by developing this project we grew as a company and gained invaluable experience,’ says A. Martinkėnas.

In the segment of commercial RR, the year was a success

According to A. Martinkėnas, the past year was successful for the company in the commercial real estate (RE) sector – the transaction on sale of three business centres of ‘S7’ complex with the Swedish investment company Eastnine was completed, Galio Group signed the contract with the French sports goods chain ‘Decathlon’ for the construction and lease of the store in Klaipėda, and the construction of the business centre ‘Wave’ at the beginning of Savanorių Av. in Vilnius was completed and the centre was leased out.

‘At the end of the year, we signed two more agreements on lease of premises at the business centre ‘Wave’ – the companies Orlen Lietuva and Omniva rented about 1,000 sq. m. About 5 % of the premises in this business centre in the New Town are still vacant – this space is sufficient for one tenant or for satisfying the development need of the existing tenants,’ says A. Martinkėnas.

Last year, Galio Group started constructing the business centre ‘Freedom 36’ in Vilnius Laisvės Av. and is already halfway through its construction – this business centre will offer 14,000 sq m of modern office space to the market.

‘Negotiations on renting the office space in the business centre ‘Freedom 36’ intensified towards the year-end. This was mainly due to the construction operations that have gained momentum and were going smoothly. The companies have become more cautious, and we can see that tenants feel more confident to negotiate the premises when the building’s completion percentage is higher – currently it is about 40 %. Just before the end of the year we signed the lease agreement with Medicina Practica, and this month we plan to sign three more lease agreements with companies from the health care and logistics sectors,’ notes A. Martinkėnas.